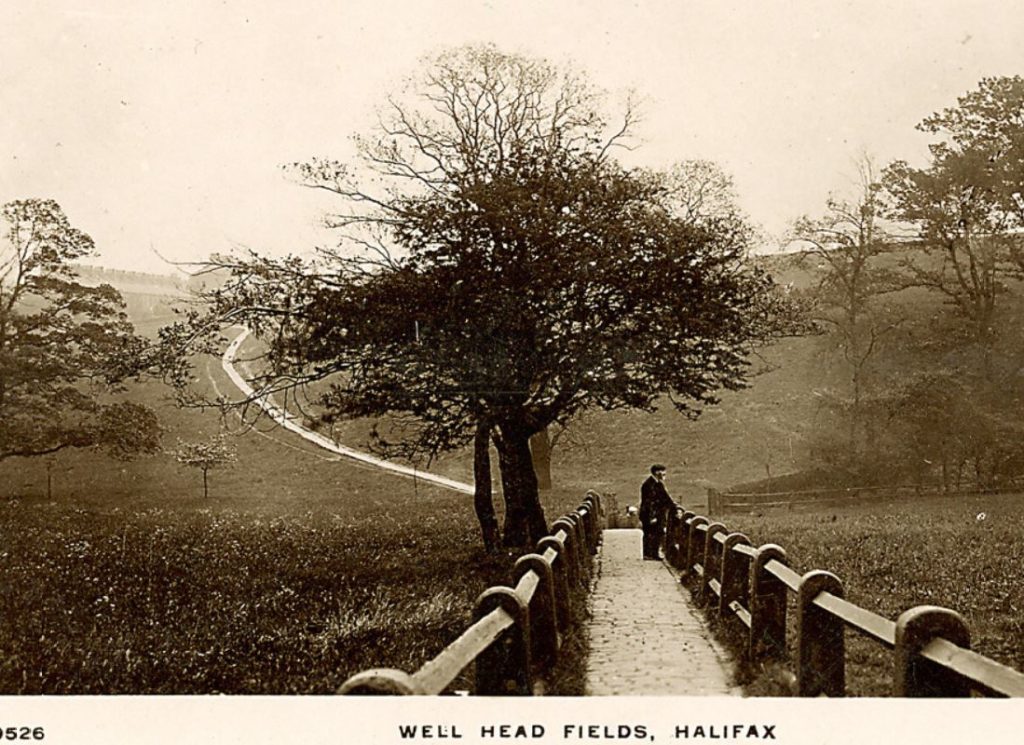 At the top of the slope above The Shay mansion, about which I wrote last month, once stood another lost architectural gem of Halifax.  This house overlooked Well Head fields, for generations before the Skircoat Road embankment was built.

Well Head mansion was home to the senior branch of the Waterhouse family from the 1760s down to 1916.   They were descended from one of the elder half-brothers of Nathaniel Waterhouse, the great benefactor of Halifax, and saw themselves as guardians of his legacy, and regularly served on the governing body of his charity.

To explain the name Well Head: The wells that from at least Tudor times until the 19th Century supplied much of Halifax’s water, were located on Well Head estate. From there, water was channelled, first by open conduit, then by underground wooden trough to stone troughs at the bottom of what is now Fountain Street, and to a 500-gallon tank in the Old Cock Yard.  At the stone troughs and at Old Cock Yard, water could be collected by those who needed it. By 1852, when the town began to construct­ its own supply reservoirs, 80,000 gallons daily were flowing from the Well Head springs.   Back in the 18th Century, “Well Head Spa” was a popular and busy rendezvous, where people went with all manner of containers to fetch the pure spring water that was scarce elsewhere.

There was a house in the area in the reign of the first Queen Elizabeth.  In the reign of Queen Anne, a later house was erected, which eventually became known as Old Well Head.   This was not connected with the Waterhouses before the later 18th Century; it was demolished in 1961.

The ancestors of the John Waterhouse who erected a new Well Head mansion in the 1760s came from Lower Ranns on Range Bank, near Haley Hill.  In the mid-18th Century, there were two Waterhouse brothers, Samuel, born in 1727, and John, born in 1736.

It is usually stated that it was in or before 1766 that Well Head mansion was erected, apparently on a new site; but no Abstract of Title nor original Conveyance seem to have survived.  The architect is usually given as John Carr of York, and was in his style.  Here is a brief description, taken from the Listed Building record of 1954: ‘Large stone house. 3 storeys. 5 windows plus single storeyed wings of 2 windows each. Round-arched entrance with fanlight and pair of engaged Doric columns supporting pediment. Balustraded aprons to 1st floor windows continued in parapet to wings. Main cornice topped by blocking, raised in centre. Slated roof.’

It has been suggested that Well Head was built for John Waterhouse and his bride to occupy after their marriage; for John is referred to as “of Well Head” in records dating after 1766, the year of his marriage.  His bride was Elizabeth Beaty, one of the three daughters and heiresses of Charles Beaty of Louth, Lincolnshire, a prosperous ironmonger. 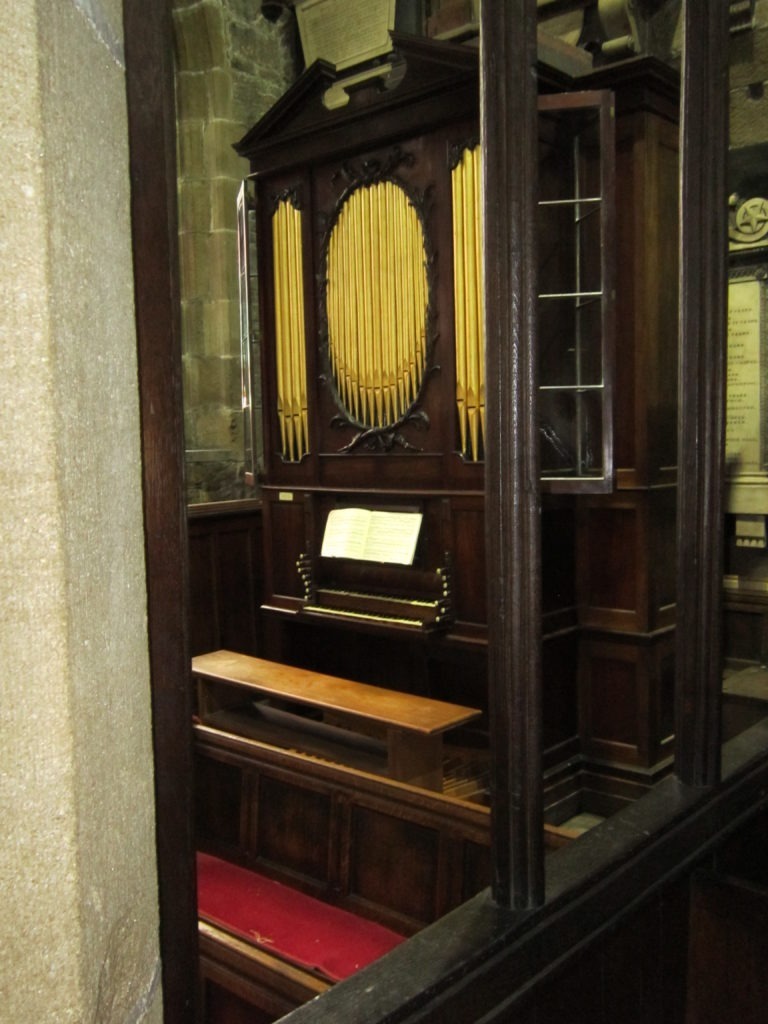 Brothers Samuel and John were closely involved in business, and also with the installation of Halifax Parish Church’s first organ in 1766.  Samuel was one of the two churchwardens who promoted the citation in 1763 relating to the addition of the organ, and the following year John, a church­warden, signed with several others the Consent to its erection. The deed granting the organ site up in the west gallery had been com­pleted in 1764, and the instrument was to the design of Snetzler, the Swiss / German organ builder. In six months the subscription fund for the organ’s purchase, erection and endowment had reached £12,000. Besides this a “defence fund” of £728 was commenced to meet the suit entered against the church­wardens in the Ecclesiastical Court at York by the chapelwardens for Sowerby.  Both Samuel and John Waterhouse were among the twelve gentlemen chosen as Trustees of the Organ, at a meeting at the Talbot Inn. The instrument was opened in 1766.

In 1770, Snetzler also installed a chamber organ of his own making at Well Head, for John Waterhouse.  This was recently returned to Halifax after many years’ absence, and is now located in the Minster’s Holdsworth Chapel.

The family business of Samuel and John Waterhouse, woollen cloth merchants and exporters, was conducted at Hollins Mill, Sowerby Bridge, at Boys Mill at Bottoms, and had their warehouse near what is now the junction of Savile Park Road and West Parade; the latter building is rather hidden but survives.  The Waterhouse drying houses occupied part of the ground on which the Waterhouse Almshouses were later erected in Harrison Road.  Samuel died in 1800, and John in 1801. The business was taken over by John’s sons, also called John and Samuel.

John’s eldest son, John II, was born in 1773 at Well Head, and lived there throughout his life. A man who was regarded with the highest respect, he took a close interest in the town’s affairs. His wife Grace Elizabeth, was a Rawson of Stoney Royd, on the other side of the Hebble valley, and John was closely associated in many matters with his brother-in-law, Christopher Rawson.  Both became magistrates and Deputy-­Lieutenants of the West Riding; they were also Town Trustees in pre-Corporation days. John Waterhouse II’s life came to an end on 11th June 1847, when he was 73.  The family vault lies outside the north of the Minster.