Plot Night Stories from the Past by David C. Glover

In 1810, the poster illustrated appeared in the streets of Halifax.  Authorised by the two constables then responsible for enforcing Law and Order in the town, before there was a local police force, it demands that no bonfires nor fireworks be permitted in the streets of Halifax on the 5th November.  Also, it warns against the firing of “guns and pistols,” which gives a vivid picture of customary habits at that time.

Warnings of danger on 5th November were not heeded by a group of boys who hauled a “borrowed” cannon up the side of Beacon Hill in November 1874.  The weapon was an old relic of the Crimean War, and into its muzzle the young men proceeded to press a heavy charge of gunpowder, followed by brimstone, up­ending the cannon in the process so that the explosive contents could be rammed home. Just then, without warning, the weapon exploded. There was no escape from the bursting charge, though miraculously there were no fatalities.  Eleven injured youngsters were taken from the scene of the accident to the old Halifax Infirmary; and with the exception of one boy, whose injured hand had to be amputated, all made a full recovery from their wounds.

If we turn back the clock to 1605, the actual year of the Gunpowder Plot, and again consider the above-mentioned Waterhouse family, we find they were closely related to one of the main plotters.

In 1580, Robert Waterhouse (1554-98), J.P., M.P for Aldborough, barrister of the Inner Temple, Lord of the Manor of Halifax, and owner of Shibden Hall, married Jane Waterton at Wragby Church, near Nostell Priory.  She was daughter of Thomas Waterton of Walton Hall, Wakefield.  In 1585 it was reported to the Earl of Huntingdon that fugitive Catholic priests had left a bag of vestments at Walton Hall, and that Thomas Waterton and his wife were under threat of arrest if they could be found. This was the family background of Mrs. Jane Waterhouse, who married a strict Protestant. 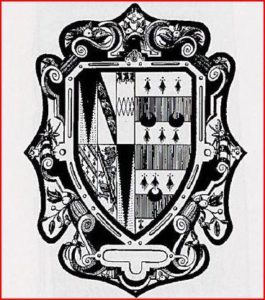 Jane’s aunt, Thomas Waterton’s youngest sister Elizabeth, had married Edward Percy of Beverley; and their son was the notorious Thomas Percy (1560?-1605), who took a prominent part in the Gunpowder Plot.  He directly employed Guy Fawkes; and it was Thomas who had a “watch” delivered to Fawkes to time the lighting of the fuse to ignite the gunpowder. 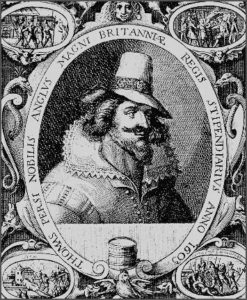 So, at the time of the Plot, the Waterhouses who owned Shibden Hall, were cousins of plotter Percy.

In her fascinating book ‘Olde Eland,’ published in 1901, Lucy Hamerton (1824-1915) describes how, during her youth in Elland, big preparations were before the 5th November, in collecting wood for bonfires, and in much baking of parkin.  She continues “…though what the connection is between treacle and meal and gunpowder, or whether, as has been suggested, Guy Fawkes had rather a weakness for parkin, I have never found anyone able to say with certainty, but great quantities were always made and consumed at the beginning of November.”  Lucy also tells us of the custom of the Rev. Alexander Orr (1847-1910), an Elland curate in the early 1870s.  Each 5th November, while squibs and crackers were exploding everywhere, Orr sat at his open window, joining in the fun by throwing out fireworks, but protecting himself with an umbrella!

During the 1850s, events at Ripponden Commercial College on the 5th November sound remarkably dangerous, as reported by one of the pupils in their Magazine. This remarkably successful academy at Making Place, Soyland, was founded in 1838 by William Dove (1817-65), once from Pontefract.  At one stage the school numbered a staff of 30, and may have housed as many as 200 boys.

The Plot Night bonfire at the college was lit soon after lunch, and must have been spectacular, for, when darkness fell, it illuminated the surrounding area for many hours.  The reason for this, says the writer, was that “a ton of coals [was] kindly placed by Mr. Dove at our disposal,” though a pile of logs and other combustible material was also used.  The start of the celebration was signalled by the report of a large cannon “kindly lent by the writing master for the occasion.” On hearing this, a huge crowd of boys charged from the school buildings. The reporter describes how the noise of squibs, crackers, rockets and more cannons resulted in a scene of dazzling confusion, which, as time drew on, grew wilder.  There was a huge supply of fireworks, the boys’ own purchases having been augmented by supplies bought with a special fund saved for the purpose!   This was an accumulation of the half-yearly gifts of one shilling and sixpence (7½ pence) which each boy received from Mr. Dove, which were to be divided between the school’s summer fete, and the Plot Night celebration.

Remarkably the chaotic event mentioned passed off without any real crisis.  “There was no accident,” is the final sentence of the report. Afterwards, the boys and masters settled down to enjoy a supper of jugged hare!