A HALIFAX MURDER OF 250 YEARS AGO {PART ONE} by David C. Glover

In 1769, a Tax Collector was killed on a dark, cold night on the outskirts of Halifax.  In March I am hoping to lecture on the reason for this murder – and its consequences – at Square Chapel. In this brief article, and it successor, I can only set out some basic facts.

During the 1760s, the clipping and counterfeiting of gold coins was becoming a problem for the authorities in greater Halifax parish; and the activities of the so-called Cragg Vale coiners did not go unnoticed by William Dighton, Supervisor of Excise for Halifax district since 1759. For some years he had attempted to take action against such practices, with the support of Halifax attorney Robert Parker, but they were unable to produce firm evidence to bring any major culprits to justice.  The coiners’ leader was known to be David Hartley of Bell House, Erringden, called by his friends “King David.”  A few on the edges of his gang were taken, but no-one of significance.

In 1769, things changed, when Dighton was approached by a certain James Broadbent of Mytholmroyd, also on the fringes of the gang. He was to inform on some other minor members, resulting in various arrests during that year.

Unable to obtain direct evidence against David Hartley, Dighton again enlisted the help of Broadbent, allegedly promising 100 guineas for him to betray Hartley and another close associate, James Jagger. At a meeting in Bradford, Broadbent swore his statement before a magistrate, Edward Rookes Leedes of Royds Hall, in the presence of Dighton, stating that he had witnessed the two men clip four Guineas at Bell House.  This statement was all Dighton needed to arrest Hartley and Jagger, which he did on 14th October, with the help of attorney Robert Parker. Hartley was arrested at the Old Cock Inn, Jagger at the Cross Pipes Inn, both in Halifax. The two men were committed to York Gaol, where they joined other alleged coiners to await trial at the Spring Assizes.

However, Hartley’s arrest did not deter the other coiners; and Broadbent was angered at not receiving his bribe.  The clipping men wanted revenge; and the days of William Dighton were numbered. But first, the coiners attempted to secure the release of their leader from York Gaol.

An unhappy Broadbent, spilled the beans as to his ‘treachery’ to another coiner, and the two went to visit Isaac Hartley, David’s brother. Despite Isaac’s explicable fury, he was persuaded that Broadbent now believed David was innocent, and could retract his statement made to the magistrate.  The men travelled together to York, where they met with the prisoners while they exercised in the gaol courtyard. With David Hartley’s agreement, a revised statement was given to a York attorney, which it was hoped cleared the two prisoners of their crimes. But it did not work; bail for David was not forthcoming, so Isaac Hartley and Broadbent reluctantly returned to Cragg Vale. At attempt to retract the statement given to magistrate Leedes was also made, but it brought no success; for the latter believed the original account. David Hartley and Jagger remained in prison until their trial, yet took an active role in plotting the events that followed.

Isaac Hartley now held a meeting with other coiners at an alehouse in Mytholmroyd, but not The Dusty Miller as has often been claimed. They agreed there was no alternative but for Dighton to die. Yet to find men willing to carry out such a dreadful act would not be easy; and they would expect to be well paid.

Coiner Thomas Spencer was tasked to seek men willing to accept 100 guineas to carry out the dastardly deed. Two names, Matthew Normington and Robert Thomas, recognised as being sufficiently desperate for the money, were put forward. They were engaged for the job. 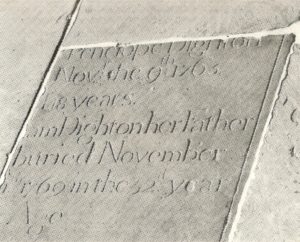 Following several unsuccessful visits to Halifax in search of their prey, Normington and Thomas finally brought William Dighton’s life to an end. Shortly after midnight on 10th November 1769, the exciseman was shot near his home, the site being approximately where Swires Road joins Savile Park Road, Halifax.  The killers also rifled his pockets and stole the valuables he was carrying. Hearing gunshots nearby, Dighton’s daughter Susannah, and their servant Mary, rushed outside.  The dead body of the exciseman lay in the roadway, his body showing clear marks of having been trampled on by boots post mortem.

250 YEARS AFTER WILLIAM DIGHTON THE EXCISEMAN WAS MURDERED

WAS BELIEVED MURDERED IN 1918.

BUT IN 1920 A YOUNG WOMAN IN BERLIN CLAIMED TO BE HER!

SEE PAST VIEWS OF WOODSIDE MANSION AND WOODSIDE BATHS;

OLD HOUSES SUCH AS CASTLE CARR AND UPPER SALTONSTALL;

AND BE AMAZED AT FORGOTTEN BUILDINGS IN SOUTHOWRAM BANK,