Another Lost Mansion of Halifax: The Shay by David C. Glover 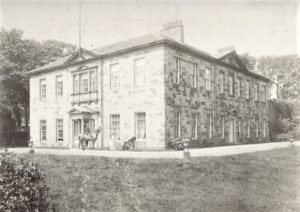 Today, if you hear people speaking about ‘The Shay,’ Halifax, they are usually referring to a well-known stadium, below Skircoat Road.  100 years ago, things would have bene very different, as then the name would have applied simply to a recently-demolished gentleman’s residence on the same site.

It is often claimed the mansion known as ‘The Shay’ for almost 150 years was built to the design of John Carr of York, although absolute proof is lacking.  Halifax lost this house over a hundred years ago, and what we know of it is rather limited.   Even the precise date of its erection seems unknown, though it appears to have been built after Somerset House in the town, and by 1770.

But who commissioned this lost Halifax mansion?  It was the man who gave the land for The Piece Hall a few years later – John Caygill.

Caygill’s father, also named John, was the wealthiest merchant in Halifax at the time of the local Valuation of 1735, which shows him as the owner of numerous houses in the town, as well as a house, warehouse, barn, garden and shops at The Shay estate. He also owned several local fields, and woolshops.  His whole property in Halifax was valued at £160 16s, and only Viscount Irwin of Temple Newsam (Lord of The Manor) appeared to have property of greater value in the town.

John Caygill junior was this man’s son by his second wife, who was born Martha Stead. In the will of her father Samuel Stead, dated 9th September 1735, Martha was left the land known as Upper Shaw and Lower Shaw Syke, while the remainder of the estate was left to her son, John Caygill junior. The words Shaw and Shay were interchangeable.

Caygill junior was one of at least eight children, few of whom survived infancy; and he went on to marry Jane, daughter of William Selwin of Down Hall, near Harlow, Essex. They had just one surviving child – a daughter also named Jane, known as Jenny. John Caygill contributed to Halifax’s lasting heritage, for as well as building The Shay mansion, he assisted in the creation of two other landmarks in the town.

The first of these was the building of two terraces of substantial red brick houses, later known as The Square, adjacent to Woolshops, construction being completed by 1758.  Again, John Carr of York has been suggested as the architect.  In 1923, Halifax Corporation purchased the land, and the buildings – by then in a very poor condition -were demolished in 1959.

John Caygill’s second big achievement was in providing the land and a sum of £840 for the construction of The Piece Hall – a monument which still stands today as a great tourist attraction, recently much enhanced.

But to return to John Caygill junior of The Shay: he died in 1787, and his memorial today may be seen in the northeast corner of 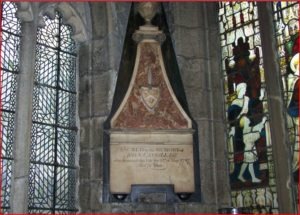 Halifax Minster. His property went to his only child, daughter Jenny.  Back in 1768 she had married Sir James Ibbetson, Baronet, of Denton Park, Ilkley, and in due course ownership of The Shay estate passed to the Ibbetsons.   They never lived at The Shay, and on the death of Mrs Caygill, Jenny’s mother, in 1807, the house and estate were advertised for letting.

It is from the 1807 advertisement that we get our first idea of the house and grounds.  The following is part of the description of what was then on offer, as given in the Halifax Journal newspaper:

‘The elegant mansion house… is beautifully situated on the south side of the town of Halifax…. On the ground floor is a dining room 29ft by 23ft and 13ft high, breakfast room, and parlour, housekeeper’s room, butler’s pantry, servants hall, a large kitchen and galley fitted with every modern improvement for cooking on the steam principle, a spacious passage 12 feet 6in wide and 44 feet long, and an elegant staircase with a double flight of stone steps.

There was a landing 13 feet wide and a spacious gallery on the second floor, while the drawing room and the five ‘lodging rooms’ with dressing rooms adjoining, were on the same scale as the rooms below. The doors were of solid mahogany and it was evidently well fitted for its purposes.

As for the grounds there was “a convenient terrace on the south and east fronts; reclining grass banks, shrubbery, serpentine, and other walks to a considerable extent, adorned with plantations and a pleasure garden; well stocked with wall and standard fruit trees; a hothouse and greenhouse with vines, exotic and other plants etc; besides two kitchen gardens in excellent condition; the whole bounded by a rich meadow forms a lawn of nine acres or thereabouts.”

Today there is again what we might term a ‘lawn’ on site – a well-known Football and Rugby ground!

Later occupiers of The Shay, rented the property from the Ibbetsons. I shall hope to write about them, and the later history of The Shay, next month.

Lister Lane Cemetery, Halifax, where two notable 19th Century tenants of The Shay lie buried, will be open on Sunday 13th May from Noon to 4 pm.  Tours by David, telling visitors the stories of many interesting past Halifax citizens will be on offer at 12.30 pm and again at 2 pm.  The Cemetery Friends will offer refreshments and have leaflets and family history information  available.  Please see Website for more details.

More local talks by David are detailed below or visit https://www.squarechapel.co.uk/whatson/category/talks/